As housebound students turn to video conferencing tools like Zoom for tuition, security issues are cropping up – the most prominent being Zoombombing, prompting many parents to ask if there is a safer solution.

Zoombombing has allowed uninvited strangers to join a video call and harass other participants, often by sharing disturbing or inappropriate visuals.

In the United States, a group of nearly 9,000 parents petitioned social network Twitter asking it to curb the spread of posts by Zoombombing harassers bragging about their actions.

The non-profit group, ParentsTogether, wants Twitter to shut down accounts that were created solely to encourage Zoombombing, ban hashtags related to the trend and find a solution to minimise the risk it poses to children.

“There is a need for a safe environment where parents can be stress-free about unsolicited advertising served to their child.”

The format allows students to study at their own pace and choose which subjects to study, and rewind if they miss out any points rather than being forced to keep pace in a live online classroom.

She said the visually-rich, animated format of the lessons made it easier for students to follow and gives them a chance to think beyond the confines of a typical classroom.

“The videos go topic by topic and students can watch an unlimited number of times. It’s like a buffet, ” Yee said, describing eTuition as affordable and attractive.

“eTuition will make education more accessible to students and convenient for busy parents.”

Yee, who partnered with Star Media Group to provide eTuition, has been an educator for 38 years.

The complete syllabus is available for RM10/month per subscription at www.dimsum.my/education/home/all.

dimsum entertainment is a Malaysian subscription video-on-demand service operated by SMG Entertainment Sdn Bhd, which is part of The Star Media Group. 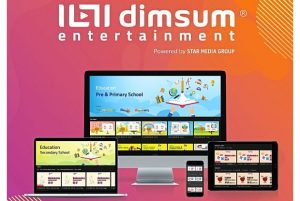 Safer choice: Parents looking for a better solution for their children can turn to the visually-rich, animated format of the lessons on dimsum entertainment.

Excellent exporters to be honoured
May 13, 2022