Fans of Asian shows can now catch their favourite series on Huawei Video, following a partnership between dimsum entertainment and Huawei.

Video-on-demand service dimsum entertainment has partnered with the electronics giant to offer its content via Huawei Video, which is available on Huawei phones, including the flagship P40 range.

“We are thrilled to be one of the first video-on-demand services on board Huawei Video for Malaysia and Singapore, ” said dimsum entertainment chief marketing officer Lam Swee Kim.

“With this, dimsum entertainment will be able to reach out to a larger mobile audience. The content offered will include dramas, movies and anime from Thailand, China, South Korea, Japan, Indonesia and Singapore.” 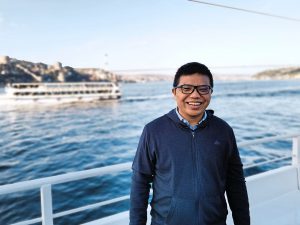 Shane says he is confident that the partnership would benefit Huawei users by offering them more on-trend Asia video stories. — Huawei

Huawei Asia-Pacific consumer cloud service director Shane Shanxuefeng said he is confident that the partnership will benefit Huawei users by offering them more on-trend Asia video stories, adding that Huawei Video was first rolled out in Asia-Pacific in March.

Kim said from a business perspective, the partnership is timely and strategic as a lot of viewers are already watching dimsum entertainment shows through Huawei devices.

More shows are on the way, including highly anticipated series Bad Genius The Series, Fighting Youth, My Himalayan Embrace and Let’s Go Crazy On Live!.

New subscribers who sign up via Huawei Video will enjoy a one-month VIP subscription for free, and get to renew their subscription at a discounted rate of just RM6 in Malaysia and S$3 (RM9.20) in Singapore. Between May 27 and July 27, those who watch any video on Huawei Video for at least one minute stand a chance to win prizes daily, including the Huawei P40 Pro, MatePad Pro, FreeBuds 3, dimsum entertainment quarterly pass, Touch ‘n Go eWallet and Lazada cash vouchers, and more.

This partnership follows the MoU signing between Star Media Group and its dimsum entertainment and Huawei Cloud earlier this month to explore opportunities in cloud solutions, artificial intelligence and knowledge sharing. Check out the streaming service at www.dimsum.asia.