The Star Online has a remarkable international readership – it garnered more than four-fold jump in its international traffic over the past year.

“Almost half of our unique visitors were from overseas while the rest were from Malaysia. This is very encouraging, ” said Star Media Group (SMG) digital product and analytics senior general manager Freddy Loo.

“When we found out about this, we were very surprised. We have always thought the majority of our news is consumed by local readers.”

The data, since January last year, showed there were 1,783,612 international unique visitors from the United States as of March 31.

“When we looked deeper into the data, it is interesting to note the unique visitors from the US came to Star Online directly, where they typed directly to access the news portal and not through the search engines.

“Such behaviour means our brand is well known. This is a good sign because it means there are people who consume our news regularly, ” he said. 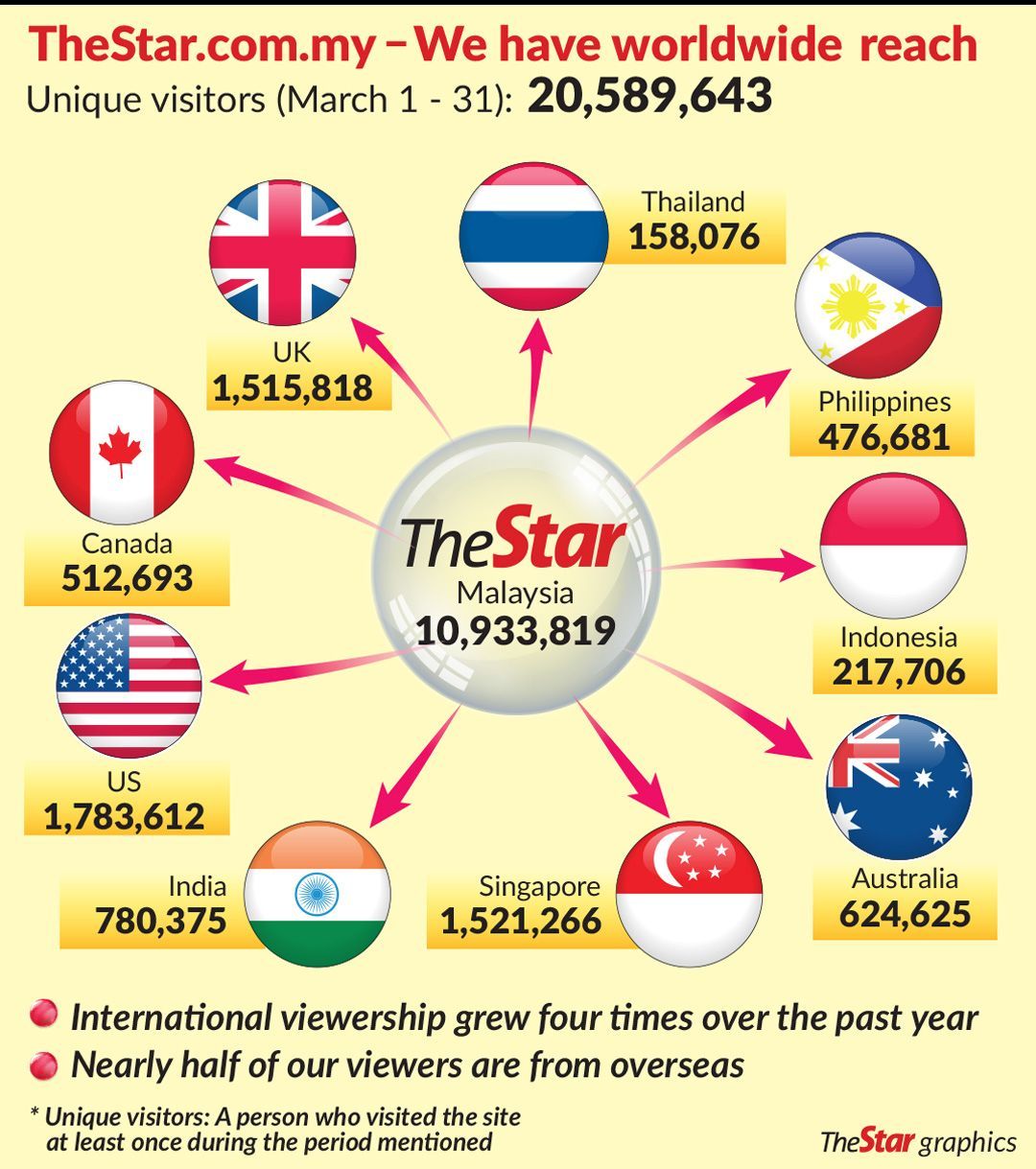 Loo said more than 51% of Star Online readers were aged between 25 and 44, adding that users from these countries were mobile-first rather than desktop.

“With globalisation, the next-generation workforce will be highly mobile. This will affect news and media consumption.

“Being global citizens, they definitely want to know the news that’s happening back in their home countries and also neighbouring countries.

“That’s why they come to us, a reliable news source for their consumption of news and information, ” he said.

Loo said SMG would tap into more Asean markets since Star Online has a good following in countries like Singapore, Indonesia and the Philippines.

“We would want to penetrate the Asean market and be the voice of Asean. SMG is working to gain a foothold in Thailand, Vietnam and other Asean countries, ” he said.

He added that the emergence of younger readers from these countries could bring about a lot of potentials.

Loo said SMG was also changing the way information was shared and presented, by making it more targeted and personalised in order to encourage engagement.

“People tend to skim through headlines and intro nowadays and are very results-driven.

“We are engaging users differently when they access Star Online on different platforms.

“When reading on mobile, consumption is fast and rather brief. While on desktop, people tend to read less but deeper.

“By understanding the consumption pattern, we can give them a more personalised experience with more media-rich and data-driven content, aided with infographics and video, ” he added.