The effects of Covid-19 and the subsequent movement control order (MCO), especially in the second half of March, saw STAR MEDIA GROUP BHD

(SMG) posting weaker revenue for its first quarter (1Q 2020) financial results with revenue declining to RM65.8mil from RM82.57mil due to softness in the Malaysian economy.

“The Star Online has a remarkable international readership which has garnered more than a four-fold jump in its international traffic over the past year, ” SMG said, adding that that has given the group the opportunity to tap into more Asean markets since The Star Online has a good following in countries like Singapore, Indonesia and the Philippines.“Bearing that in mind, SMG will continue to understand consumers’ consumption patterns and give them a more personalised experience with more media-rich and data-driven content, aided by infographics and videos, ” it said.

SMG expects revenue growth from its digital segment despite the soft and challenging market conditions, and the group will focus on using new technologies and analytics to improve, deepen and predict how its customers consume content with the end goal of increasing engagement and monetisation to drive new revenue streams beyond print.“There was also an increase in traffic across the group’s digital platforms during the MCO period. With our existing growth in digital platforms, we hope to increase the advertising take-up rates during these uncertain times and achieve a higher growth in the near future, ” it said.SMG said it will continue to progress with its digital transformation initiatives as well as improving costs and operational efficiencies.

“The group has embarked on various cost-cutting measures and efforts are also being directed at restructuring some of the business units within the group to re-strategise operations, which include manpower rationalisation and realignments in how we get back into the market, especially post-MCO, ” it said.

SMG had a strong balance sheet with cash reserves of more than RM300mil with no borrowings as of March 31,2020.“This will serve as a solid base for SMG to capitalise on merger and acquisition opportunities during the market consolidation, and even penetrating into new businesses that have a promising outlook. With its strong financial standing, the board is confident the group is well positioned to weather through these unprecedented challenges, ” it said. 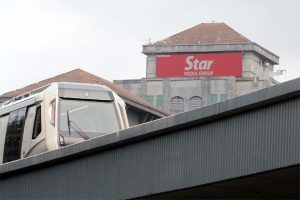